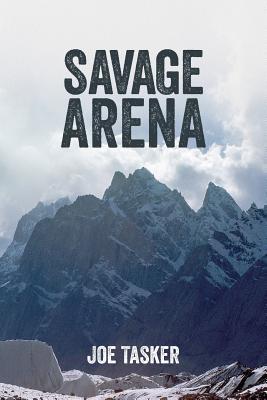 Still one of the greatest mountaineering books ever written, all the more poignant for being posthumous. It's the book that first fired my imagination for the mountains.

The climbs that Tasker tackles (with a variety of "great names" from British muntaineering of the era) gradually grow in severity – although starting with the north face of the Eiger is hardly a normal progression! His honesty in describing his feelings is remarkable, not least because they're generally feelings of technical and emotional inadequacy. These are set amid quite epic descriptions of climbing challenges and the (often grim) reality of being on expeditions in the Himalayas.

Tasker often compares his own emotional state to that of his companions, notably the notoriously self-contained Dick Renshaw and equally notoriously voluble Doug Scott. It's hard to know from this book what they would have thought of him: he gives the impression of being rather inscrutable himself (an impression that Chris Bonnington reinforces in his forward). It's perhaps a trait that served him well on the walls when the going got especially tough, as it did frequently. He finds himself repeatedly questioning his motivations for climbing without reaching too much of a conclusion. He seems simply to accept it: it's what he does, there doesn't have to be a reason, and the dangers and isolation are simply part of the cost. It never feels over-examined.