Me and my research

I've recently been thinking about my research directions, making use of some advice I came across years ago.

My research interests seem to fluctuate over time, more than is the case for others who stay in one field. I started out as a high-performance computing guy, then worked on compilers, distributed and web systems pervasive computing, sensor networks, and data analytics – and, most recently, complex networks and complex systems in general. This last work also seems to be involving a lot of high-performance computing, so I sometimes feel I'm coming full circle.

One issue with evolving research interests is deciding what to work on exactly. Interestingly, this is a question that fascinated Richard Hamming, one of the founding fathers of information and coding theory, who in 1968 won the third-ever Turing award for his work on error-correcting codes. 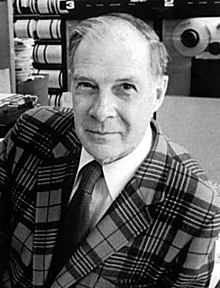 (Image from Wikipedia.) Even with this achievement, he remained fascinated by the mechanisms of deciding what to research to achieve the greatest possible impact. In a 1986 lecture "You and your research" [1] he suggests that anyone thinking about what they want to work on should ask themselves two questions.

The first is innocuous:

But it's the second one that's the killer:

I think there are good reasons why the answers to these two questions might be different: you might not work somewhere that has access to the data you need, or the scale of resources, or funding. I suspect Hamming would disagree with me, and say that just means you need to find a new job.

I first came across these questions about ten years ago, and they've stuck with me ever since: I often pass the lecture on to new researchers or academics. And I think it's a useful exercise to pose them to yourself periodically. So what are my answers now?

You first need to identify your field. At the moment mine is complex systems, especially the computational and mathematical tooling needed to explore them.

In network science there's a focus on the ways in which processes finish: their end states. A good example is the final size of an epidemic outbreak, which can (sometimes) be predicted from a few parameters and some information about the contact network's topology. But the current techniques say little or nothing about the path the process takes to that end state, even though that's often of immense practical significance. Moreover they're often driven by only a coarse-grained understanding of the network, for example its mean degree, and ignore the fine structure on the assumption that this won't have much effect on the end state. That turns out to be wrong in a number of cases [2].

So, what is the most potentially transformative question? For me I think it's this: how does network local fine structure affect the paths of processes? That is to say, if I introduce some structure that affects a part of a network – a local decrease in edge density, for example, or a local increase in clustering – what happens? There's a catalogue of such structures that appears in the literature such as clustering, layering, modularity, and so on: how can we understand their effects, individually and together, on the ways in which processes evolve?

Why is this question potentially transformative? Because such structures, where there are local heterogeneities in network structure, are the norm for real-world networks. Understanding how these variations affect processes therefore lets us analyse and simulate the processes in more realistic detail. But it also opens-up the possibility of leveraging such structures to affect how a process behaves, or even engineering them to obtain some desired effect.

And this is what I intend to work on for the coming few years.

[1] Richard Hamming. You and Your Research. 1986. Transcript of the Bell Communications Research Colloquium Seminar. https://www.cs.virginia.edu/~robins/YouAndYourResearch.pdf.